Budda means “The awakened
one”


Buddha is the most popular
religion within Asia. The religion is 2,500 years old and is followed by 350
million Buddhists worldwide and 80% of Chinese people. The founder of Budda is
Siddhartha Gautama (The Buddha). It is a religion about suffering and the need
to get rid of it.

The Buddha lived and
taught in the eastern part of India sometime between the 6th and 4th centuries.
The term Budda refers to someone who has been enlightened through his own
efforts. He was born into a royal
family. Two major branches of Buddhism are recognized: Theravada which is “The
School of the Elders” and Mahayana which is "The Great Vehicle". Theravada has
a widespread following in Southeast Asia. Mahayana is found throughout East
Asia.

“Standing Buddha” Is one of the earliest known representations of Buddha.

Karma in Buddhism is the
force that drives the cycle of suffering and rebirth for each human.  Rebirths in some of the higher heavens,
known as the Śuddhāvāsa Worlds, can be attained by only skilled Buddhists.


One of the main festivals
that Buddha celebrates is Wesak. Wesak is on a full moon. The Forces of Enlightenment are active during this festival.

What are the symbols of
Buddhism?


The wheel of life symbolises
the cycle of life, death and
rebirth.

Buddhist
worship in a shrine it will have a statue of Buddha, an incense burner and candles. Buddhist worship is called puja. People will thank Buddha after a
teaching and may offer flowers, candles or incense burners. Buddhists that worship alone usually meditate and read buddas holy books. Buddhists have religious days which are usually on a full moon. A Buddhists will worship in the temple on these special religious days. If you believe in Buddhism you don’t worship a statue but you pay respect by looking at an image of Buddha. 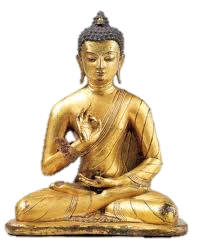 By Jess R and  Alex